“Art has always been used as a form of expression for people who are oppressed in some way… so artivism is very important for different communities, marginalized communities” - said Jo-Ann Hamilton from Empower Women at UN Womens Global Movement, during the two-day workshop for the Art & Design for Advocacy program, which took place at the CASS School of Art with the London Metropolitan University on March 16th and 17th.

The first London workshop featured a number of youth workers and trainers, learning about everything from ancient cave art to modern political satire, and how each form can effectively be used to transmit a silent, yet powerful message.

“Sometimes when I talk to young people, it’s hard for them to get their point out – or, if I say, let’s have a debate – that sounds boring. So I think art helps you get things out that you might have trouble saying in words”, stated Anthony Castle, youth worker in Camden. “Even with me today, here”, he continued, “I’m not very good at art, but I’ve been able to get out messages in the workshop, so I can see how art can be a powerful message.”

The workshop featured lectures from Martin Rowson, political cartoonist publishing in the Guardian, Kate Evans, cartoonist and researcher of Rosa Parks, Rudy Loewe, graphic novelist and activist for LGBTI issues, as well as a Skype connection with Zunar, a political cartoonist from Malaysia facing possible prison sentence for publishing his satirical cartoons critical to the government.

Watch the impressions from both participants and trainers:

Organized by IDEA United Kingdom, the workshop is a part of the larger Art & Design for Advocacy program, pioneered in the Balkans by IDEA Southeast Europe, who provided lectures in street art (Goran Kostovski), history and evolution of comics (Boshko Karadzov, PhD) and messaging and advocacy (Marjan Stojnev).

Saskia Carey, at #IWill Campaing, had this to say - “I feel like comics are a really useful way to engage young people – I feel like now I can go back to the young people I work with and implement these methods I’ve used”.

Have a look of the working atmosphere through photos taken during the event: 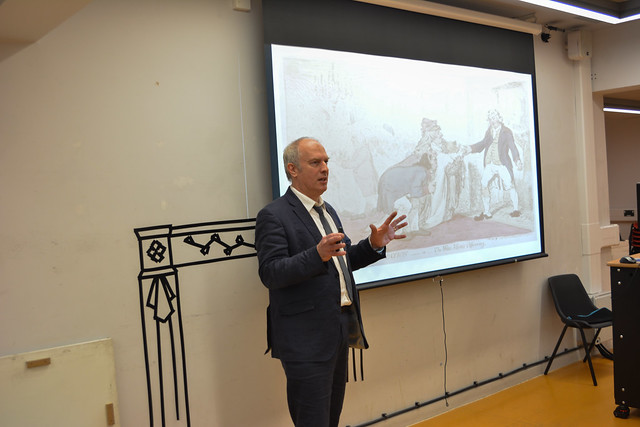